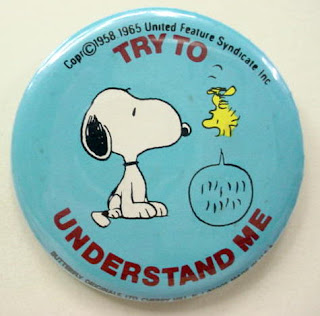 First, what is understanding? Here’s what I think: understanding is the act of seeking to know somebody, accepting who they are, putting yourself in their shoes, listening without jumping to conclusions, keeping an open mind and asking, instead of assuming.

I think, like most things in a relationship, listening to understand someone begins spontaneously, but as time goes on, it has to be nurtured. When we first start dating, we actively seek to know more and more about the other person: who they are now, where they are coming from, and where they are going in future. We spend time to piece lots of information together, to form a picture in our minds about the person. But this picture is never complete. As much as we think we know someone, there is always something more to be discovered, and no matter how predictable somebody is, they can still reveal something about themselves that can surprise you.

So how can you understand another person better? It’s a learning process and one of the first things you need to adopt is: the right attitude. I’m sure you would have heard couples say in frustration: “I just don’t understand him!” or “She’s impossible, how can anyone ever understand her?”
I say the right attitude, because that determines whether you are open and receptive, or you 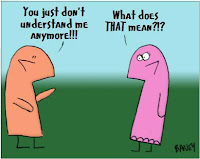 have already made up your mind that understanding that person is impossible. If you say or think the words “I can’t” , you are already admitting defeat. You are literally saying, “I’m not going to understand this person, so I’ll just give up and stop trying”. However, if you decide to put in the effort into really knowing the other person, you’ll find that with time, it becomes easier everyday. So that even when you are having a conflict, you can still seek to understand where the other person is coming from – what they are saying, what they are not saying, how they are feeling and what they need.
Here are some tips on understanding that I’ve picked up form reading:

Create an atmosphere of acceptance: Don’t jump in and criticise what your partner is saying. It is easy to counter someone every time they try to open up, such that they stop trying to reveal their innermost thoughts. Don’t jump into conclusions either, if they are still expressing something. If what they are saying doesn’t quite add up to you at first, you may need to hear it again before it begins to make sense. Women often have no problems opening up to their partners, but they often try to censor what they want their partners to open up to them about. For example, we don’t often want to hear our partners telling us that they struggle with temptation in the workplace, that they are scared of death, that they have self-confidence problems, etc. So if the man tries to open up once and we dismiss those topics, he is not likely to bring them up again. Which is sad, because a man really needs his wife to support him in his areas of weakness. But if she doesn’t listen, she can’t understand, and she can’t help him.

Listen without interrupting: When you are having a conversation, allow your partner to finish their train of thought, and their sentences. Resist the temptation to jump in and finish their sentences or hijack the floor. You may miss something crucial if you are not paying attention. Your body language also speaks volumes. It will be obvious if you are more interested in the TV, than in the conversation. Don’t try to hurry the speaker up by nodding and butting in when they are mid-sentence.
It is said that most women are quicker with forming words and sentences than men. So in a conversation between them, a woman is usually two or three sentences ahead in her mind, while the guy is still trying to answer the first question. That’s why when you ask a little girl a question, she replies immediately, and if you ask a boy the same age, he is slightly slower to answer, and sometimes his mother or his sister jumps in and answers for him. That’s also why women tend to win verbal arguments.
It can easily become a bad habit when a wife assumes she already knows what her husband is going to say, so she jumps in and speaks for him, even when they are in public. I find myself guilty of it sometimes, speaking for hubby even when he’s on the phone! I have to remind myself to hush as he is perfectly able to have his own conversations.

Keep an Open Mind: Don’t say things like “That’s the most ridiculous thing I’ve ever heard” or “What did you expect?” when you partner tells you something about themselves. Comments like that, even though they may mean nothing to the speaker, may sound judgemental to the hearer. Negative comments put them on their guard. If they express their hurt over something you said, don’t brush it off by saying things like “You’re just too sensitive”, they have a right to be upset if you have genuinely hurt them.

Put Yourself in the Other Person’s Shoes: The other person, no matter how much you know and love them, is still different from you in many regards. That means you may find yourself sitting at two opposite ends of an argument once in a while, and neither party wants to budge. If they express something, don’t just dismiss it, listen and try to imagine where they are coming from. A common example of this is when a husband hears the following words from his wife: “You spend too much time at work!” and he immediately becomes defensive, saying “But I have to work to meet our needs….”. If he is really putting himself in his wife’s shoes, he will see that she is not saying she doesn’t want him to work. She just misses having him around and is asking for a bit more of his time.

If You Are Unsure, Ask. Never Assume: Verify that you have heard and understood something. Instead of guessing, ask again, until you are sure. Repeat what they have said back to them and say, “If I understand you correctly, you are saying….?” Or “Let me see if I’ve got this right, do you mean…?” This way, you are checking that what you heard is the same thing as what they meant to say. So many arguments can be avoided if we stop to double check that we’ve got the information right, before we proceed with our actions.

Don’t Dismiss an Opinion: Because it is different from one you hold, doesn’t mean it is any less valid. Our opinions are made up of our experiences, which make up who we are. Dismissing someone’s opinion without giving it a thought is like throwing away their thoughts and their mind. Instead, validate their perceptions, thoughts and feelings. They are as valid as yours.

Observe: This is something you will always have to do if you want to understand somebody more and more. Watch, listen and learn: what things makes them happy, what things make them sad? What things are they really passionate about? How do they react when they are frustrated? How do they spend their money? What are their hobbies and interests? Etc, etc. Just as you are never 100% predictable, and you learn something new about yourself everyday, it’s the same thing with your partner. Even after you think you’ve got somebody sussed out, they can still surprise you, so you keep learning something new about them! It makes married life fun and interesting, it would be boring otherwise! I remember someone saying to me that her parents who have been married for 35 years, still discover new things about each other. Hmmm….

By nature, we human beings are incredibly complex, and we can always keep learning and changing. So even if you think you won’t change, most likely your partner will! So the quest to continue to understand each other should not stop at any stage. Understanding deepens our knowledge of each other, and knowledge deepens our love for each other.
As always, stay blessed and favoured!
Posted by Favoured Girl at 11:46 pm 15 comments: Links to this post 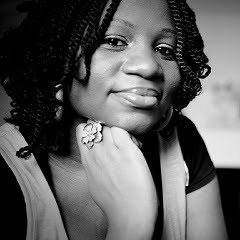 Hi! Welcome to my blog. My name is Tolulope Popoola. I'm a wife, mother of two, a Christian, and a writer. This blog chronicles my journey from single girl, to dating, to walking down the aisle, and adjusting to married life. I share my ups and downs, and the lessons I've learned along the way.
I hope you enjoy reading! Please feel free to read and leave a comment. If you want to get in touch, email me: favouredgirl at gmail dot com 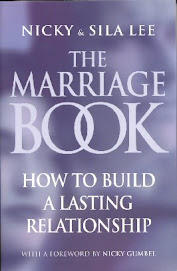 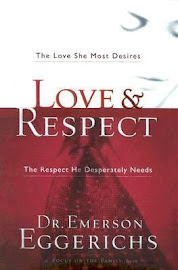 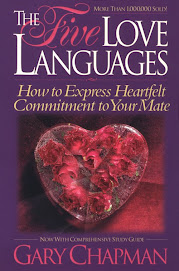 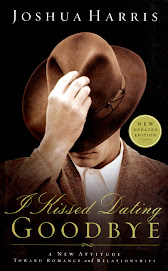 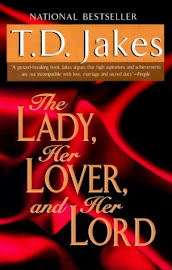 The Lady, Her Lover and Her Lord 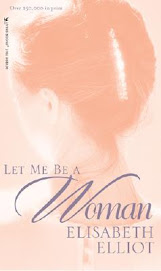 Let Me Be A Woman